Each Year, members of the Hens & Chickens Quilt Fellowship create an opportunity quilt. These works of art raise money that has funded SCHOLARSHIPS plus contributions to the campus for such projects as theater renovations, new library books, a Fine Arts Gallery security system, Child Care
rugs and toys, food and supplies for Science Museum animals, repairs in the chemistry lab and a brick entryway for the GWC California Native Plant Garden. 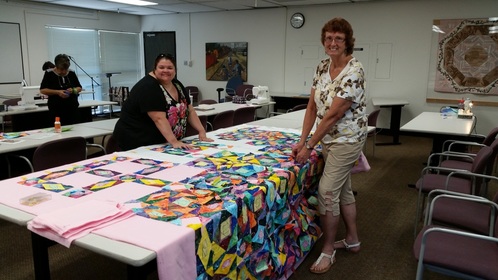 Here are Nona and Marie with the in-process quilt for 2017, Storm at Sea. 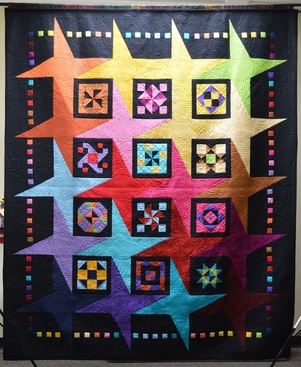 The Basic Bolds quilt is based on a set of 12 typical quilt blocks.  From there, our member Cheryll Kavapalu designed a dazzling array of colorful stars and squares to surround the blocks.  Each Hens & Chickens member worked on this quilt, sewing the blocks and stars against a black background. The quilt was machine quilted in a free form design by Jan Harmon. The Basic Bolds Quilt was on display at the 2016 Road to California Quilt Show, one of the most prestigious quilt shows on the west coast.

The quilt measures 88" across by 103" long and is suitable for a Queen size bed.

Tickets on the drawing of this quilt are available through any Hens & Chickens member or can be purchased through the Golden West College Foundation 714) 895 8316. 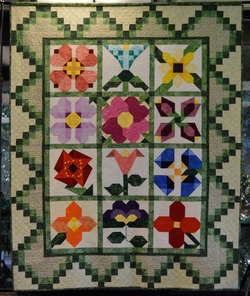 2014's opportunity quilt is a colorful flower quilt called My Flower Patch. Based on a pattern from Pam Bono, this quilt is queen sized measuring 87”x 107” 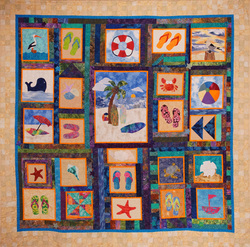 The Beach Quilt is an original design. Each member made a block relating to the beach.  We were pleasantly surprised by the variety of blocks that were brought to the first meeting to begin the assembly process.

The construction process took several meetings to complete but resulted in an amazing quilt.

The drawing for this quilt was held on Dec. 13, 2014 and the lucky winner was Sis Bell. 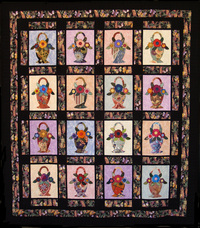 This quilt was created by our members using scraps of Asian themed fabric.
The drawing was held April 14, 2012 and the lucky winner was Marilyn Douglass. 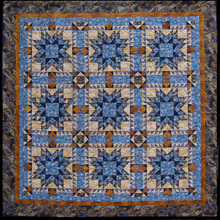 The Paisley Star was created with beautiful blues, creams and rust.
The photo does not show the full beauty of this quilt. 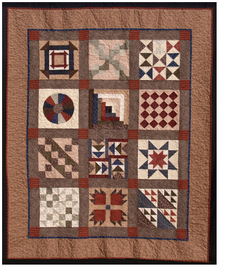 This quilt is made of 1860’s reproduction fabric and contains the blocks mentioned in the secret quilt code used on the Underground Railway. 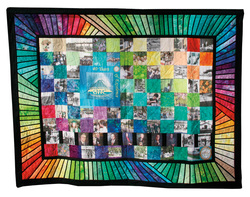 This quilt was made for Golden West College's 40th Anniversary.  It features photos of all the college presidents up to 2006 and photos from events on campus.  We sold signatures on the quilt to raise money for the Anniversary Scholarship. 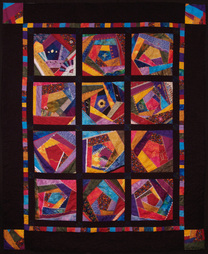 Patterned after the crazy quilts of Victorian times, this quilt includes embroidered spiders and spider webs, butterflies, and flowers. 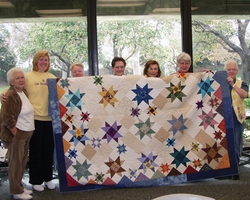 Stars of all sizes placed "on point" 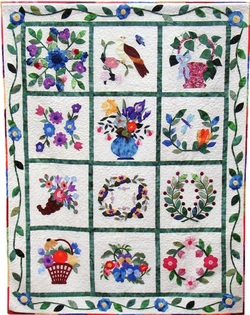 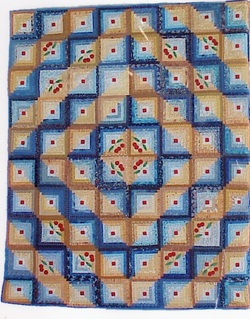 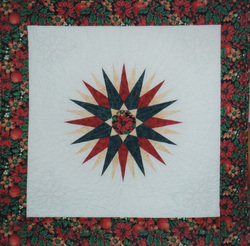 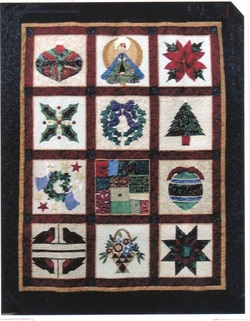 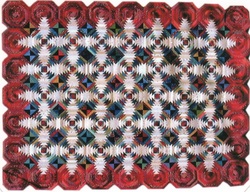 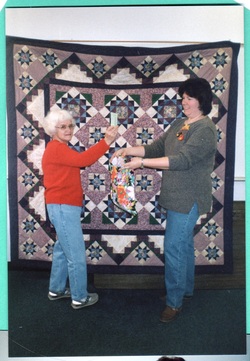 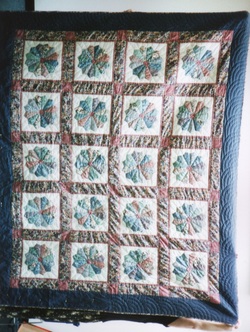 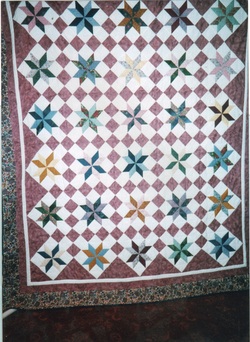 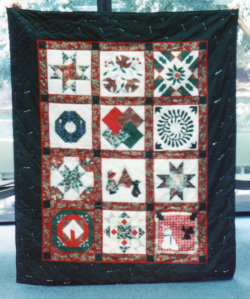 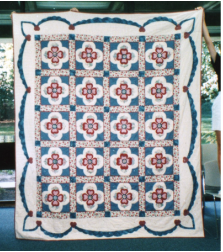 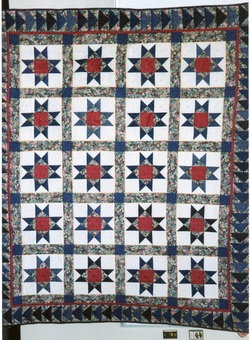 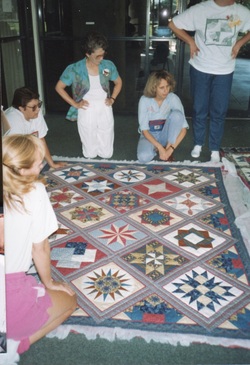 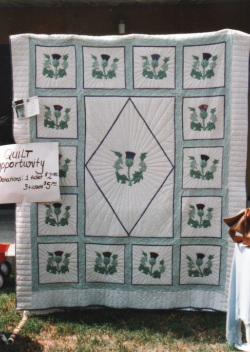 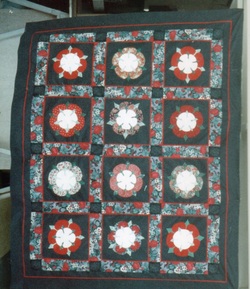